The Complete Poems of Dylan Thomas 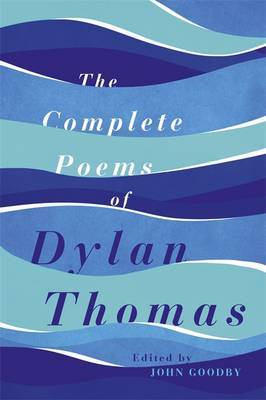 The Complete Poems of Dylan Thomas

Like Shakespeare and Joyce before him, Dylan Thomas expanded our sense of what the English language can do.


He was the creator of one of the most distinctive and exciting of literary styles - sensuous, playful, rhythmically forceful yet subtly musical, and full of memorable lines. 'Do not go gentle into that good night', 'Fern Hill' and other poems have become anthology favourites; his 'play for voices' Under Milk Wood a modern classic.


In life, Thomas's exuberant style and meteor-like passing turned him into a cultural icon; the favourite author of The Beatles and Richard Burton, he gave Bob Dylan his name and continues to inspire artists from Peter Blake to Patti Smith.


This new edition of his poems, edited and annotated by Dylan Thomas expert John Goodby, commemorates the centenary of Thomas's birth. With recently discovered material and accessible critique, it looks at his body of work in a fresh light and takes us to the beating heart of Thomas's poetry.

A groundbreaking edition of Dylan Thomas's collected poetry published to coincide with the centenary of the poet's birth.

Dylan Thomas was born in Swansea on 27 October 1914. On leaving school he worked on the SOUTH WALES EVENING POST before embarking on his literary career in London. Not only a poet, he wrote short stories, film scripts, features and radio plays, the most famous being UNDER MILK WOOD. On 9 November 1953, shortly after his 39th birthday, he collapsed and died in New York City. In 1982 a memorial stone to commemorate him was unveiled in 'Poet's Corner' in Westminster Abbey. John Goodby is a Swansea-based scholar who has written extensive papers on Dylan Thomas as well as giving lecture tours, and appearing on BBC radio.